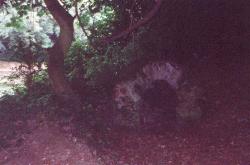 The Rivers of Raheny

Dublin City and surrounds have more than forty rivers, most now concealed. About a dozen reach the sea within the city boundaries (the others mostly run into one of the larger rivers, notably the Liffey itself, the Tolka or the Dodder) and several feature in Raheny:

The area of caves mentioned was once the site of successful quarries and also of an interesting illustration...